Few months ago, Facebook has released a new feature to its users. This feature is know as “3D Photo”. Now there are few requirements to use this feature, but it adds an eye-catchy effect to your photo which makes it feel live.

To get this effect, you are required to have at least dual camera phone to get portrait/Depth-Effect image. This effect is in beta stage and Facebook is developing it for much better results. Still, it creates stunning photo. Currently this feature is only available on iOS, starting from iPhone 7 plus, iPhone 8, iPhone 8 plus and so on. There is news in the market that Facebook will soon release it on Android platform too.

If you are an iPhone user then you can use it right now. But, if you are not, then no need to worry about, Facebook will be soon releasing it on other platforms. Keep an eye on it!

2. Swipe up to get more options and find “3D photo”

3. Select “3D photo” and choose your favorite portrait to get processed

Take advantage of this feature because not everyone got this yet. Cheers! 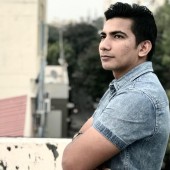 All you need to know about “Masked Aadhaar” Tips and tricks to Prevent WordPress from getting Hacked